Learn more here! Check this page regularly for updates to projects and issues we support.

The Rogovy Foundation announces 2021 Summer Awards. Four documentary films have been awarded grants. The award winners for this Summer are:

“It’s never easy selecting projects when there are so many topics worthy of exposition,” said Asher Rogovy, Foundation Vice-President. “We’re proud of supporting these films, which raise awareness about important issues.”

“With so many worthy submissions, it’s always a challenge to find the best projects to support,” said Hugh Rogovy, Foundation President, “these five represent strong narratives and timely topics, and we look forward to the impact they can achieve.”

The Rogovy Foundation grants 2020 Summer Awards to five documentaries. The award winners for this Summer period are:

“This year we’re all seeing the profound challenges we face as a society first-hand,” said Asher Rogovy, Foundation Vice-President. “Supporting these films is but one step towards progress. We can only face problems if we recognize problems, and documentary films are a powerful medium to illustrate them.”

The Rogovy Foundation grants 2019 Winter Awards to six documentaries. The award winners for this Winter period are:

“Climate, environmental issues, and investigative journalism are themes from this round of awards,” said Hugh Rogovy, Foundation Founder. “We’re pleased to support raising awareness of these important topics.”

The Rogovy Foundation is pleased to partner with Renewable World‘s Clean Energy for Improved Health in Nepal project (CEIH). The project is designed to help reduce the deaths of the many thousands of people by increasing access to energy-enabled healthcare so that care is available at the point of need for isolated, rural communities. Find out more.

Reveal from The Center of Investigative Reporting
December 13th 2019

In December 2019, The Rogovy Foundation partnered once again with Reveal from The Center for Investigative Reporting. This year, two Focus Fund grants were awarded to documentary films Accuse/d and The Grab, both currently in production. Accuse/d examines the cases of women who have been charged with falsely reporting sexual assaults. The Grab explores the pressing issues pertaining to the world’s struggles to quench the thirst and hunger of a growing population. Find out more.

The Rogovy Foundation grants six 2019 Summer Awards . The award winners for this Summer period are:

Weed Dreams
Our Land
True Believer
Parkland
SORTED or: How I learned to stop worrying and save the world
Stripped for Parts: American Journalism at the Crossroads (production grant)

“Once again we’re overwhelmed by the outstanding projects independent doc filmmakers are producing,” said Hugh Rogovy, Foundation Founder. “We’re pleased to announce this summer’s winners, and look forward to the impact they will achieve.”

The documentary Games Without Frontiers is awarded a $10,000 Focus Grant. The film reveals how Facebook has stoked anger and destabilized societies wherever it’s gone.

The Rogovy Foundation grants 2018 Winter Awards to six documentaries. The award winners for this Winter period are:

“With so many excellent submissions, we’re thrilled to increase the size of our grants,” said Asher Rogovy, Foundation Vice-President. “These films all tackle important issues.”

The Rogovy Foundation is proud to announce an increase in its annual Miller / Packan FIlm Funding. Already providing $150,000 annually in grants for the past two years, the Foundation is committing an additional $50,000 per year to further impact funding opportunities for documentary filmmakers. 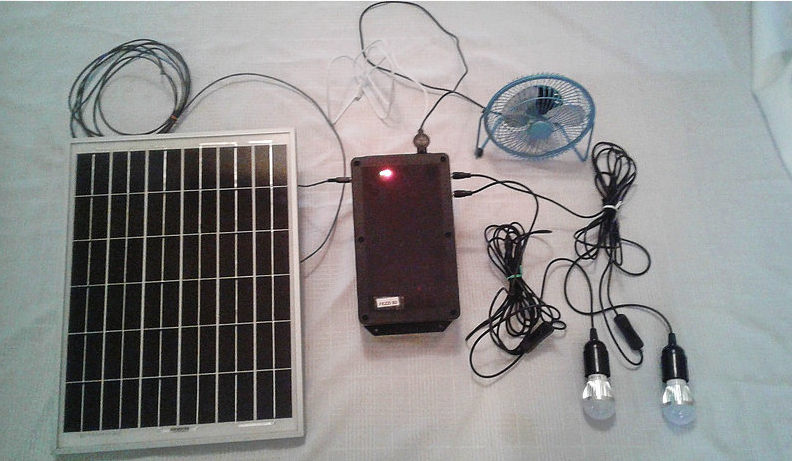 In August 2018, The Rogovy Foundation provided a developmental grant to Beyond the Light‘s solar project in Nicaragua, installing energy kits for homes without electricity, providing lights and USB charging for cell phones, fans and radio. In addition, they are adding solar kits to the local water system, which will add sustainable access to clean drinking water for the village of El Tomate. Find out more.

In July 2018, The Rogovy Foundation partnered once more with The Center of Investigative Reporting. This year, a Frontier Grant was awarded for their (Un)Scientific Method project. We are in awe at their continued impact and dedication to investigative reporting and are thrilled to support such hard work and commitment.

In 2017, CIR launched The (Un)Scientific Method, an investigative reporting beat focused on publishing investigative reports exposing conflicts between science and government during a time of significant political upheaval in Washington, D.C. Find out more.

The Rogovy Foundation grants 2018 Summer Awards to six Documentaries. The Fund’s four selections represent a cross section of interests that the Foundation supports. The award winners for this Summer period are:

Lady Buds
Bastards’ Road
Safer Stuff: Green Chemistry Gets Down to Business
Healing from Hate: Battle for the Soul of a Nation
Eternal Harvest
Trumphobia: What Both Sides Fear

During the Summer open call, over 300 documentary film projects were submitted to the Miller / Packan Documentary Film Fund. “These documentaries all raise awareness about very timely issues.” said Asher Rogovy, Foundation Vice-President. “We are glad to be supporting them.” 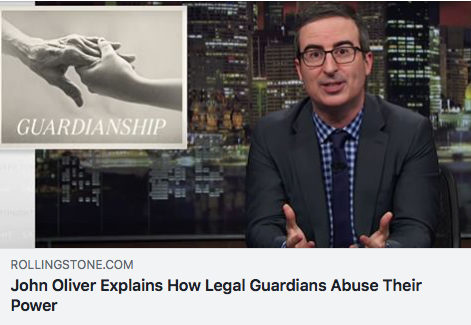 “It’s alarmingly easy for a total stranger to gain total control over the life of a senior citizen.” John Oliver features our supported film: The Guardians on last week’s episode of Last Week Tonight with John Oliver. Find out more. 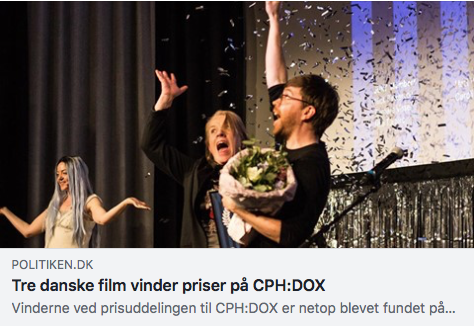 Our sponsored film: False Confessions – In the Closed Room​ has just won the ‘Politikens Publikumspris’ at CPH:DOX in Denmark. Find out more.

The Miller / Packan Focus Grant provides $15,000 in development funding for specific documentary film topics selected by The Rogovy Foundation. Our goal is to encourage awareness, debate and solutions on issues we’ve identified as ripe for further discussion.

The Rogovy Foundation grants four inspiring Documentaries with Winter 2018 Awards. The Fund’s four selections represent a cross section of interests that the Foundation supports. The award winners for this Winter period are:

That’s How we Roll
26.2 to Life: The San Quentin Prison Marathon
Exposure
Against Goliath

During the Winter open call, over 200 documentary film projects were submitted to the Miller / Packan Documentary Film Fund. We continue to be impressed by the diversity of topics that find a voice within a feature-length documentary.,” says Hugh Rogovy, Foundation Founder. “Documentaries continue to be a highly effective medium for informing the public,” added Asher Rogovy, Foundation Vice-President, “They influence us both emotionally and intellectually.”

Big Sky Documentary Film Festival has selected our sponsored film My Country, No More as one of ten films to premiere at the festival this year! Find out more. 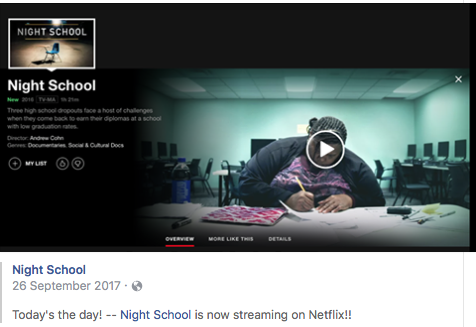 Four Documentaries Awarded Summer 2017 Grants from The Rogovy Foundation. The Fund’s four selections represent a cross section of interests that the Foundation supports. The award winners for this Summer period are:

During the Summer open call, over 300 documentary film projects were submitted to the Miller / Packan Film Fund. “We’re quite excited by each of the selected film’s topics,” says Hugh Rogovy, Foundation Founder. “There’s a good deal of breadth,” added Asher Rogovy, Foundation Vice-President, “and we believe these films will have wide appeal.”

To bolster the commitment to one of our key programs of interest, Civics, The Rogovy Foundation’s Frontier Fund has chosen to distribute $50,000 to several non-profit organizations which strengthen public knowledge and transparency.

The Rogovy Foundation places great value on the “Fourth Estate,” and supports journalism’s essential role in a functioning democracy. Below are the organizations receiving grants.

We’re very pleased to support these hard-working organizations during this important period.

Congratulations to one of our 2017 Winter Award Winners: The Untold Tales of Armistead Maupin!
The film will be premiering at this year’s SXSW Film Festival in March! 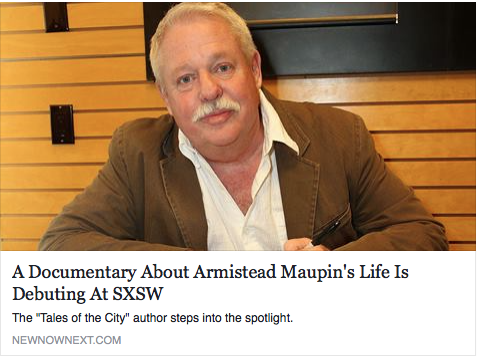 This March The Untold Tales of Armistead Maupin, a new documentary about the man behind Tales of the City, is making its world premiere at the SXSW Film Festival. Find out more.

Four Documentaries Awarded Winter 2016 Grants from The Rogovy Foundation. The Fund’s four selections represent a cross section of interests that the Foundation supports. The award winners for this Winter period are:

During the Winter open call, nearly 200 documentary film projects were submitted to the Miller / Packan Film Fund. “We’re moved by the quantity, quality and scope of the projects submitted,” says Hugh Rogovy, Foundation Founder. “There’s an army of non-fiction filmmakers out there,” added Asher Rogovy, Foundation Vice-President, “working tirelessly to make a difference.”

Congratulations to the seven Gucci Tribeca Documentary Fund award winners. We are particularly pleased to see My Country, No More directed and produced by Rita Baghdadi and Jeremiah Hammerling, and supported by the Rogovy Foundation, as one of the winners!

The Gucci Tribeca Documentary Fund and the AOL Charitable Foundation Awards have named seven films to receive a total of $150,000 in grants, for documentaries touching on subjects that range from a right-wing insurrection to American immigrants infiltrating detention centers to a diverse Brownie troop. Find out more.

In March 2016, The Rogovy Foundation partnered with the international development charity SolarAid to reach over 38,000 people with life-changing solar lights in the Western and Rift Valley provinces of Kenya.

SolarAid enables access to clean and affordable energy through its social enterprise, SunnyMoney, which seeks to create trust and demand for solar lights in rural Africa through its ‘trade-not-aid’ model. 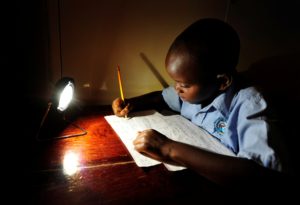 The Fund’s five selections represent a cross section of interests that the Foundation supports. The Summer 2016 Winners are:

During this Summer open call, 279 documentary film projects were submitted to the Miller / Packan Film Fund. “We’re overwhelmed by the strong response and number of worthy projects submitted,” says Hugh Rogovy, Foundation Founder. “We chose projects based upon the ideals and values of the Foundation,” added Asher Rogovy, Foundation Vice-President, “along with the quality of the film we hope to see.”

BY LISA HASKO
IDA documentary.org
We’ve spoken to quite a few of you who are excited to apply to the freshly launched Miller / Packan Film Fund, so we went straight to the source and asked Hugh Rogovy, Founder and President of the Rogovy Foundation, to answer a few questions about their latest philanthropic endeavor. In this #FunderFriday installment, you will hear directly from Hugh what inspired the grant’s creation and how your project can get noticed amidst the many fantastic films applying for this highly competitive doc fund.
Educate, Enrich, Inspire

Are we missing something?

If you have a newsworthy article or submission that directly relates to the projects we support, drop us a line at info@rogovy.org