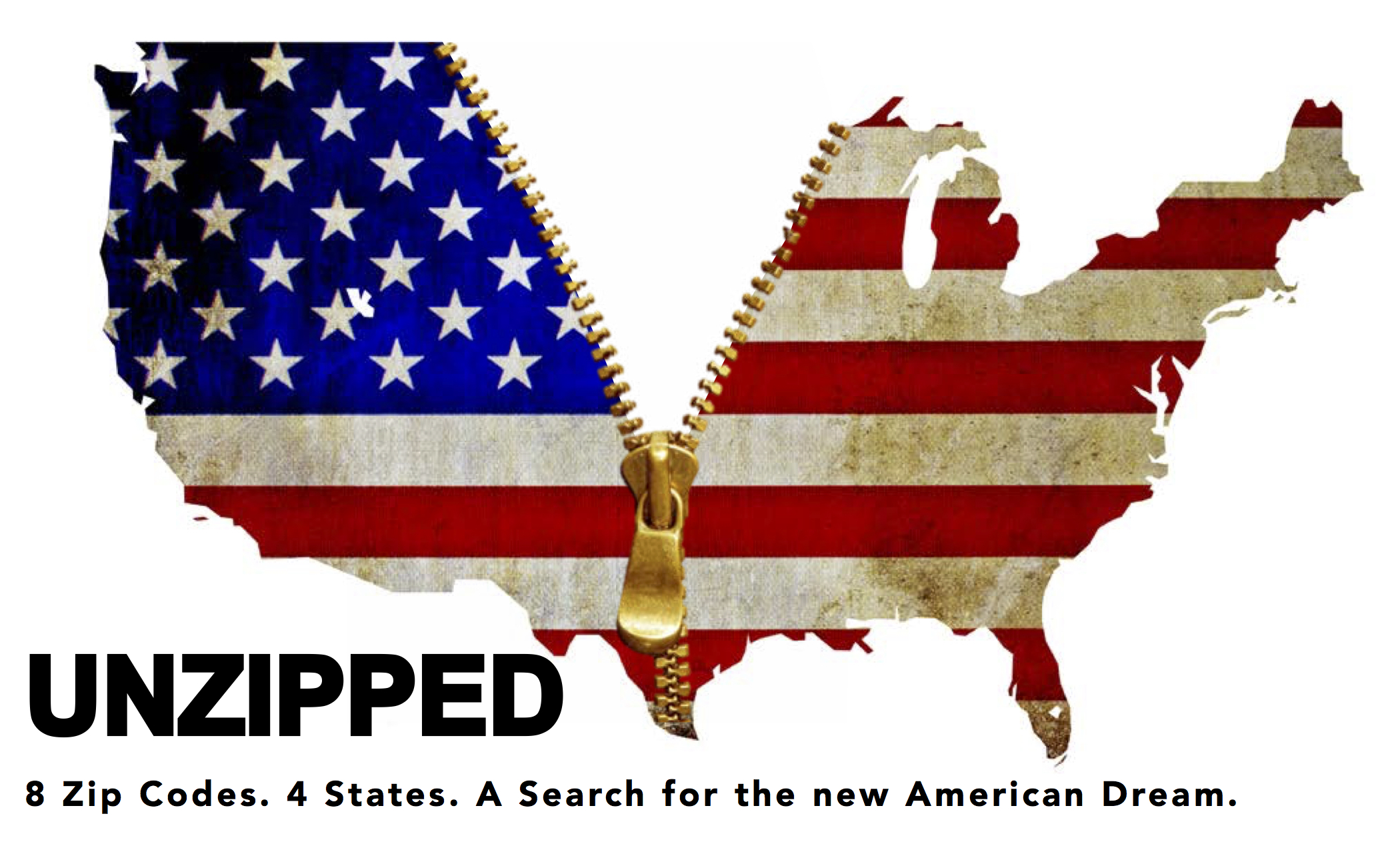 UNZIPPED is a provocative feature documentary about the growing economic and political divide across America.  After the bitterly contested 2016 presidential elections, we’ll profile 8 families from the wealthiest and poorest zip codes in California, Michigan, New York and Texas, while investigating America’s shrinking middle class.  Our goal is to humanize the growing income divide, while searching for people who are redefining a new American Dream in surprising and unexpected ways.  Ultimately, we hope to create empathy through storytelling, and build understanding with data about this vital issue.
UNZIPPED’s point-of-view is investigative, fact-based, and deliberately non-partisan. Intercut with the zip code profiles, we’ll interview thought leaders from multiple points of views – politicians, academics & activists. They’ll debate how & why we’ve arrived at such a stark divide, highlight surprising facts about the history & policies that led us here, and suggest possible solutions for moving the country forward.  The film ends with images of our 8 zip codes and footage from the Capital that are evocatively open to interpretation about the nation’s future.
More information available on the film’s website and Facebook Page.