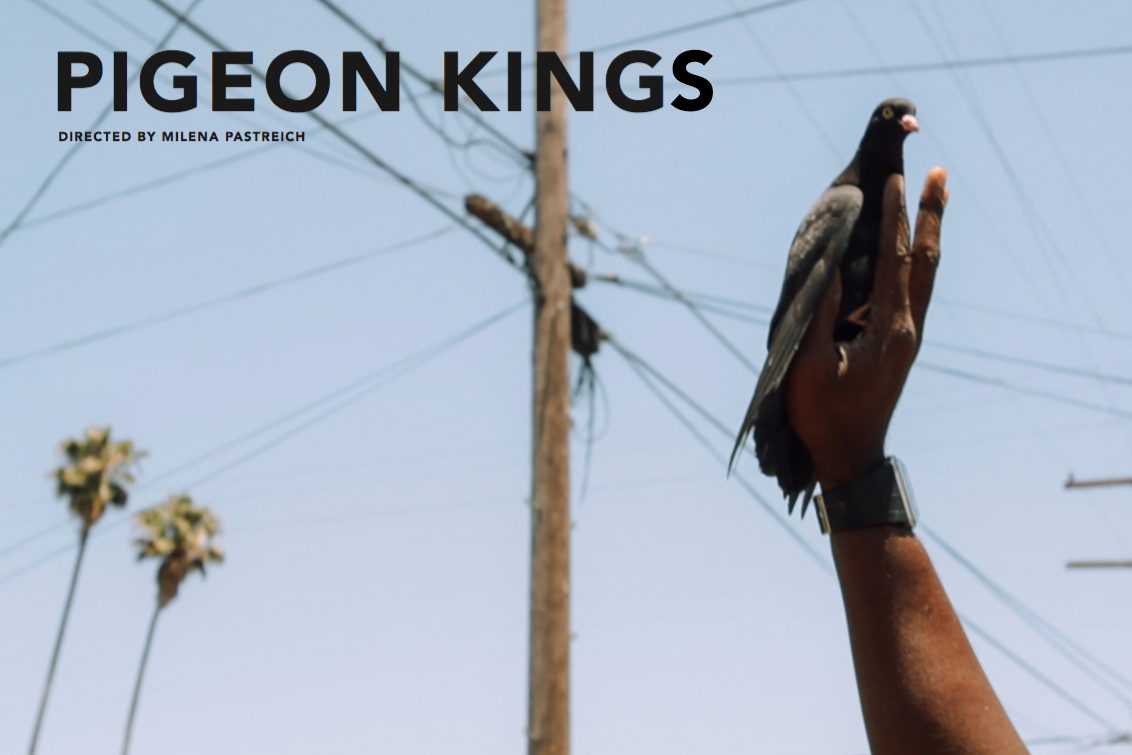 Pigeon Kings takes us through the backyards of South Central Los Angeles, where men are obsessed with tumbling pigeons. Originating from Birmingham, England, and now bred globally, the Roller Pigeon has the ability to spin downwards abruptly in mid-flight. Enthusiasts breed and train their birds not only to enhance their ability to spin, but also to fly together and tumble in unison, like a flock of synchronized swimmers in the sky.

At the heart of the film is a community of Black and Latino men from South Central Los Angeles who have a passion for Birmingham Roller Pigeons. These birdmen are heroes and role models for young boys who are tempted by drugs and violence. The hope is that this film exposes another generation to more birding and reignites interest in this community that has chosen Roller Pigeon clubs instead of gangs. Schools have started incorporating pigeons into their curricula and Pigeon Kings illustrates the positive influence of these birds. Not only is taking care of birds a big responsibility but the notion of home and togetherness, which is essential in training the pigeons, may be something the caretakers themselves need. It is time that Black and Latino heroes such as these Roller men are represented.

More information available on the film’s Kickstarter and Facebook Page.

MILENA PASTREICH is a German-American Los Angeles-based director and cinematographer. She studied at NYU and UCLA. THE AMAZING SONG, was nominated for an Emmy in 2016 and PIGEON KINGS participated in the 2013 Film Independent Documentary Lab and received the 2013 Canon Filmmaker Award. In 2014, Milena was a Berlinale Talent and BELOW DREAMS premiered at Tribeca and won Best Cinematography at the New Orleans Film Festival. She won the 2012 Panavision Award for THE BALLAD OF FINN + YETI, which premiered at Cannes in 2012.

Bow and Arrow is an entertainment company founded in 2014 by producers MATTHEW PERNICIARO and MICHAEL SHERMAN. The company has gained recognition by producing award-winning documentary and narrative feature films. Recent films include 2016 Sundance Film Festival entries JOSHY and Rob Zombie’s newest genre film 31, which played in the Midnight section at Sundance. They have also recently created a branded scholarship program to provide college scholarships to non-traditional students in an effort to give the next generation of innovators and creators a chance to succeed through higher education.