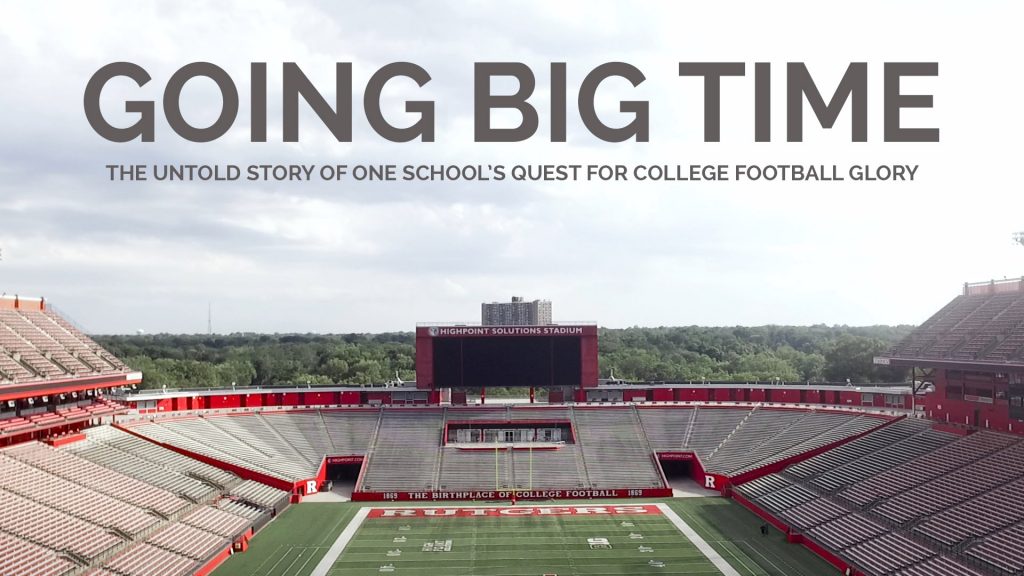 Going Big Time is the untold story of Rutgers University’s quarter-century quest for sports glory, and the small band of resisters who challenged the establishment for control of the school’s future, transforming it from a small colonial college into a global sports brand.

For generations Rutgers has struggled to balance its revolutionary roots with the image of a state college, a tension that former athletic director Bob Mulcahy likened to being “Princeton during the week and Penn State on the weekend.” Today, Athletic Director Patrick Hobbs heads the latest efforts to lead Rutgers to the promised land through new coaches, a $100 million fundraising initiative called The Big Ten Build, and extensive plans for new athletic buildings and facilities. Going Big Time has been granted unprecedented access to Mr. Hobbs and his staff, and has followed him on game days and beyond to see how he navigates and maintains Rutgers’ continuing investment.

Leading the opposition to sports spending is Economics professor Mark Killingsworth, a vocal member of a university committee that demands ethics and accountability when it comes to athletic budgeting. Killingsworth argues that bloated athletic spending is a drain on university resources and he fears that entry into the Big Ten has only deepened athletics spending issues as Rutgers struggles to stay competitive with some of the country’s best football programs.

Going Big Time examines the world of American higher education and the struggle to balance academics and athletics through the lens of one of the country’s oldest academic institutions, shining a light on this issue from both sides of the argument, including fair input from those both for and again big time athletics. The filmmakers have sat down with nearly everyone connected to the University over the last 20 years, from politicians, journalists, athletic directors, football alumni, students, boosters, professors, and fans. It examines a path forward and ways to resolve the issues found at Rutgers and other schools throughout the country. 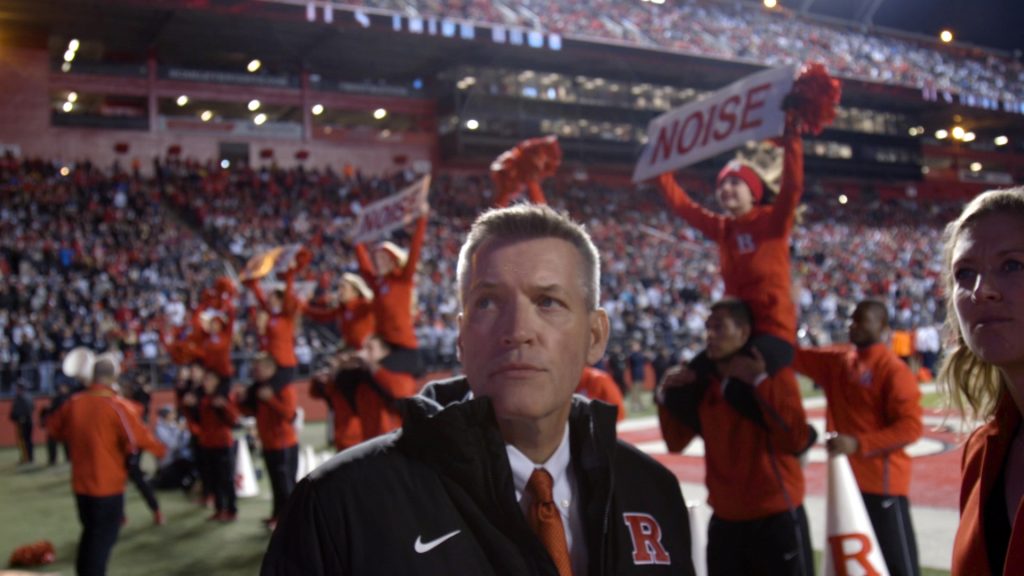