Congratulations to the recipients of the Focus Grant. Grantees are added on a rolling basis.

Here are the projects that have been selected, past and present.

April 2021 – Untitled Food and Water Project
The world is struggling to quench the thirst and hunger of a growing population, and it’s only getting worse. This feature documentary by Reveal from The Center for Investigative Reporting and director Gabriela Cowperthwaite explores these pressing issues around the world. Currently in post-production.
Awarded: $100,000

February 2021 – Untitled Investigative Series Project
We are delighted to support another topical investigative project by Reveal from The Center for Investigative Reporting. The series will be directed by Nancy Shwartzman with Ted Bourne as one of the executive producers. Currently in development.
Awarded: $25,000

January 2021 – The Recycling Lie
Due to the sensitivity of this topic we are withholding further details on this project until a later date. Currently in production. Directed by: Carsten Stormer.
Awarded: $25,000

2020 – Coronavirus COVID-19 Assistance
The coronavirus crisis, a black swan event, has quickly impacted a broad slice of American culture and activity. Through a number of charity organizations, we have chosen to support first responders which include healthcare workers, delivery drivers, and other essential services affected by this emergency. We are also supporting restaurants, food banks and disrupted educational programs.
Grant Amount: $25,000

June 2020 – Defending the Fourth Estate
To bolster the commitment to one of our key programs of interest, Civics, we have granted $50,000 to several non-profit organizations that strive to strengthen public knowledge and transparency. We recognize the immense value of investigative journalism and it’s essential role in maintaining our democracy. Below are the organizations receiving grants.
Grant Amount: $50,000

December 2019 – Untitled Food and Water Project
The world is struggling to quench the thirst and hunger of a growing population, and it’s only getting worse. This feature documentary by Reveal from The Center for Investigative Reporting and director Gabriela Cowperthwaite explores these pressing issues around the world. Currently in production.
Awarded: $25,000

December 2019 – Untitled Criminal Justice Project
This feature documentary involves a deep dive into the criminal justice system. The project is a collaboration between Reveal from The Center for Investigative Reporting, Motto Films and director Nancy Schwartzman. Currently in production.
Awarded: $20,000

June 2019 – Investigative Journalism
We are thrilled to have partnered once again with ProPublica in support of their investigative journalism efforts as they strive to strengthen transparency in our democracy.
Awarded: $10,000

February 2019 – Games Without Frontiers
Cyberspace is a battlefield. Anonymous accounts and fake news on social media are the modern weapons of choice. Games Without Frontiers reveals how Facebook in particular has stoked anger and destabilized societies wherever it’s gone. Currently in production. Director: Sankha Guha.
Awarded: $10,000

December 2018 – When Fracking Companies Own the Gas Beneath Your Land
Natural gas companies have cut down forests and paved over farms on West Virginia private lands, calling it “reasonably necessary” in order to access subsurface gas they own the rights to. We are thrilled to have partnered with ProPublica in partnership with the Charleston Gazette-Mail as they chronicle the legal battles. The documentary is now airing on Propublica’s website.
Awarded: $15,000

July 2018 – Ark Food
Ark Food is an exploration of the social, cultural and historical importance of indigenous plant foods as a sustainable food solution in the human food chain for future generations. Currently in production. Director: Charles J. Fourie.
Awarded: $10,000

2018 – The (Un)Scientific Method
In 2017, CIR launched The (Un)Scientific Method, an investigative reporting beat focused on publishing investigative reports exposing conflicts between science and government during a time of significant political upheaval in Washington, D.C. The focus of this work is on uncovering new stories that are relevant to the science and technology ecosystem and the powerful way in which Washington influences scientific progress. In particular, they have sought to examine the politicization of scientific decision making at the federal level, the impact of anti-science appointees to the cabinet and federal agencies, and conflicts of interest that inhibit scientific innovation, research and regulation that would be in the public’s best interest.
Grant Amount: $5,000

2017 – Defending the Fourth Estate
To bolster the commitment to one of our key programs of interest, Civics, our Focus Fund has chosen to distribute $50,000 among several non-profit organizations which strengthen public knowledge and transparency. The Rogovy Foundation places great value on the “Fourth Estate,” and supports journalism’s essential role in a functioning democracy. Below are the organizations receiving grants.
Grant Amount: $50,000 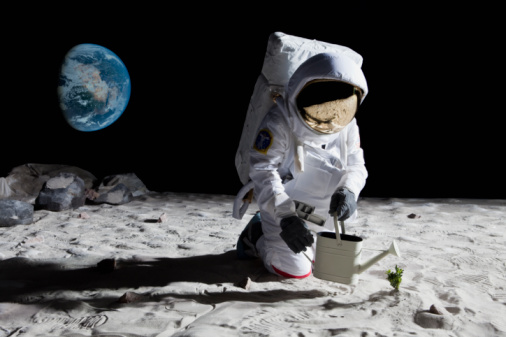