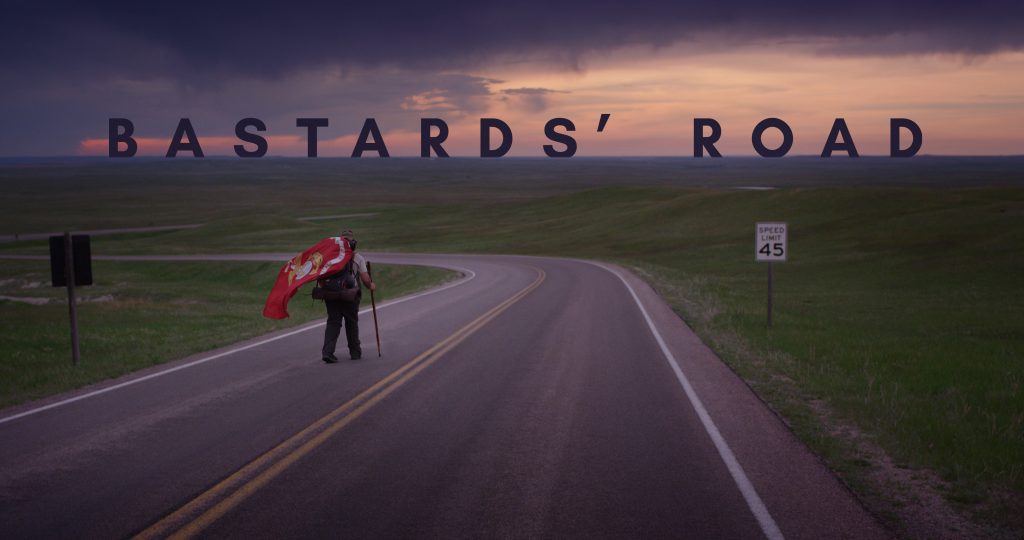 The memory of combat never fades. In 2015, Marine Veteran Jonathan Hancock embarked upon a monumental journey – 6,000 miles across the United States… on foot, alone. In the solitude of the road and in the company of his fellow Marine brothers and gold star families of the fallen, Hancock discovers a new strength to successfully manage the wounds of war that never fully heal.

In 2004, Hancock fought in the Battle of Ramadi with the 2nd battalion, 4th Marines historically known as the Magnificent Bastards. They suffered the highest casualty rate in the Iraq War. 1 in 4 were wounded or killed. Like many of his fellow Marine brothers, Hancock began his battle with PTSD quickly upon arriving back home.

A natural storyteller overflowing with honesty, insight, heart and hilarity, Hancock is a bridge for connecting veterans to all those who love them, to civilians struggling to understand them, and to the communities that support them. 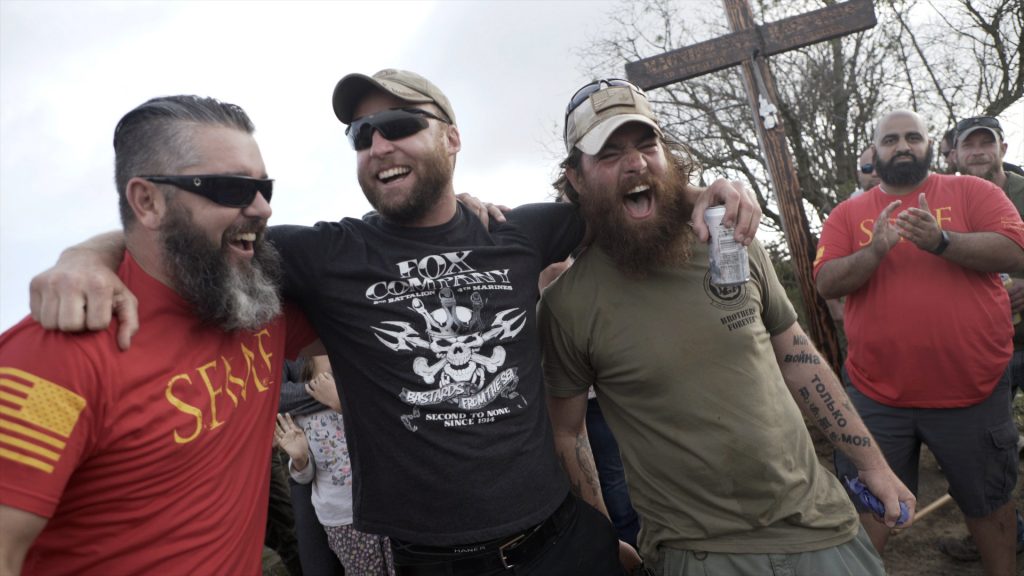 BRIAN MORRISON directed, shot, performed interviews, edited and funded Bastards’ Road. He travelled with Jon on his walk six times for weeks or days at a time, functioning as a one-man crew. This is his first feature-length project. He’s a professional photographer and videographer based in the Baltimore-Washington, D.C. area. He produces, directs and edits music videos, commercials and corporate videos.

MARK STAFFORD wrote and edited Bastards’ Road. He wrote the script and organized the narrative during editing. This is his first feature-length project. He is a writer based in the Baltimore-Washington, D.C. area. He writes novels, verse and screenplays.

JEREMY SH GRIFFITH is a multi instrumentalist, producer and mixer based in Florida. He has worked with artists such as Johnny Swim, Norma Jean, Sunbears and Old Sea Brigade. He has previously scored the film Dare Not Walk Alone from Indican Pictures.